As of 2018 we only have purebred European Doberman puppies.  Doobie Doo Clan Dobermans are bred with temperament and health in mind. parents are selected from genetically superior Dobermans and have been bred for many years to improve health and temperament.

Many people believe Dobermans are vicious, but that is not true. Dobermans are highly intelligent and affectionate dogs, that can be a loyal family dog, Watchdog, personal protection dog, Miliraty or police dog, and also a protection dog for your family. They are naturally bred to be a guard dog, so without any special training, they will try to keep people away from your property and belongings. This does not mean they will attack the strangers or have vicious personality. Every dog is special and raised differently.

02. What is the best Doberman Colour?

“Black and rust” and “Red and rust” are considered the best, the next on the list os Blue Dobermans. For red Doberman, the darker colours are the best and have the least skin issue. Our Red Dobermans are of darker red, or sometimes called chocolate colours.

We breed for “Balck and Rust” (Black and tan) and “Red and Rust” however there are very few blues that come by rarely.

Dobermans bond with their human is a special one. If you have never owned a Doberman you will be surprised by the bond that will form between you and your Doberman. Dobermans would rather stay by your side and please you as their human. 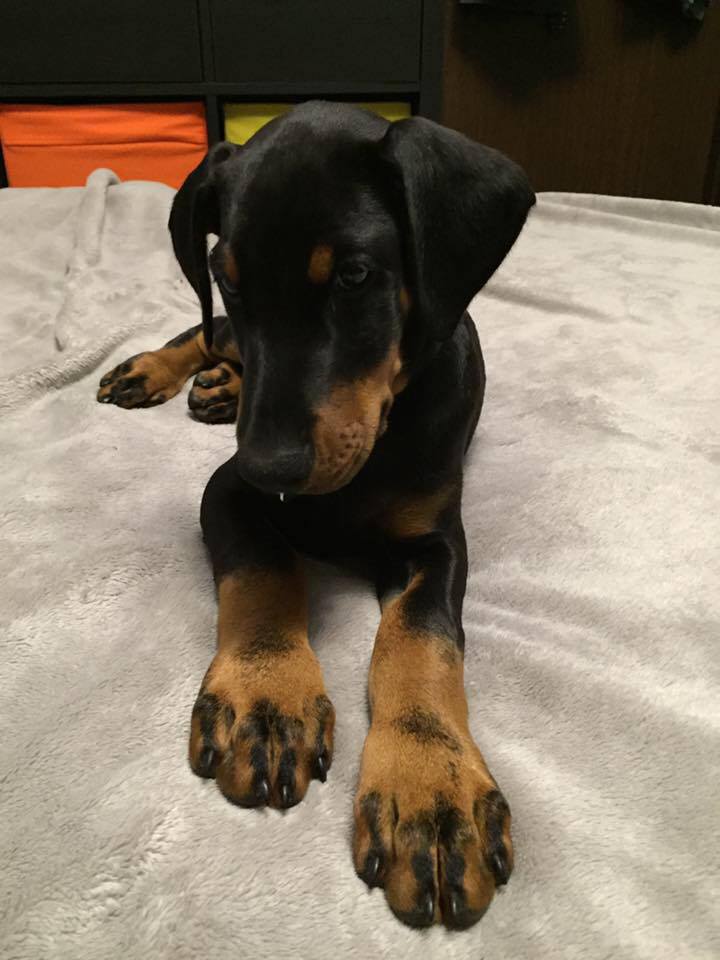 we expect about 4 black and tan Doberman puppies

We expect about 1 blue Doberman puppy

we expect about 2 red and tan Doberman puppies ( Dark Chocolate)

Reserve your purebred puppy before its gone

We are a hobby kennel. We don't accept walk-ins. Our average reply time for phone/email is around 2 months sometimes longer.